These past two weeks of island-hopping in Malaysia and scrambling around in Sri Lanka felt like months I had been out of China. Now I have returned to Beijing tanned and exhausted, but still, good times never last long enough.

Feven and I spent a week on two islands in Malaysia — Pulau Penang and Langkawi. Islanders everywhere are generally Bob-Marley-loving, friendly people, but I felt it was especially true in Malaysia. Locals were surprisingly gracious to foreigners; they smiled, they were willing to give directions, and most satisfyingly, they didn’t give “tourist prices” (at least not that I was aware of). Best of all, Penang with its array of cuisines was absolute heaven for a food-junkie like myself. Let’s just say I’m all curried out…

One of the best things about traveling is meeting new people and being totally incapsulated by their stories as well as their ability to drop everything and travel for months and even years. Feven and I met a group of backpackers in Malaysia which consisted of 7 people (including us) from 7 different countries with diverse backgrounds and personalities. But the desire to see the world brought us together, squeezed in a car, touring Langkawi, enjoying one another’s companies and the island’s relatively untainted natural landscape.

The most unforgettable site was 700 meters high up in the mountains (thank goodness for cable cars) watching the sun set over an island in Thailand, and then getting engulfed by clouds. 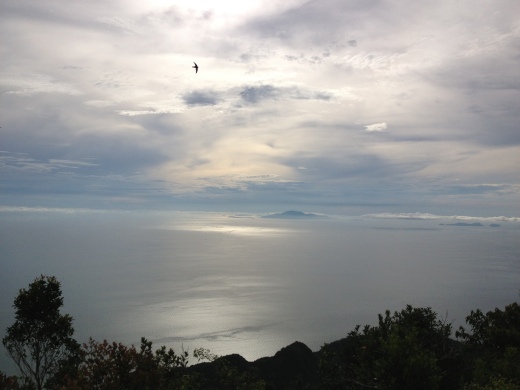 As soon as Feven and I arrived back in Kuala Lumpur, the capital, to catch our flight to Sri Lanka, the contrast between the bustling city and the chilled island life was scarily drastic. But I suppose that’s true all over the world.

Eight days was not nearly enough to see all that I wanted to see in this tiny island country. Between ancient cities, wildlife, the hill country, tea plantations, and beaches, Feven and I made tough choices to squeeze in as much as we possibly could. That resulted in cutting most hikes out and breezing down to Unawatuna beach for a couple days of rest and relaxation before returning to reality.

Sri Lanka was an interesting experience for me and a particularly tiring one. I thought the Chinese were bad when it came to haggling, but OH MY WORD Sri Lankans were 10x worse!!! Unlike Malaysia, everything was at tourist prices, even the so-called “local prices.” Don’t even get me started on tuk-tuk drivers who depend on commission and will take you anywhere except where you asked to go.

Most of the people we came across were men, usually because they worked as tour guides, in the guesthouses, as tuk-tuk drivers. Very rarely did women speak to us, and those who did could not speak much English. At first, the persistent haggling drove me to the point where I did not want to speak with any local men because I couldn’t trust them (i.e. our hotel manager insisted that we avoid the southern coast because of flooding and heavy rains and suggested we head over to Trimcomalee in the northeast instead, but we arrived to sunshine and perfect waves in Unawatuna; the ticket salesman at the train station sold us tickets at 100 rupees more than the listed price; a “monk” brought me and Feven to the altar and pressured us to donate money; on and on and on). Later, I relaxed and began to find their ridiculous schemes quite laughable. Simply ignoring them helped too.

I think Sri Lanka is in an awkward in-between phase of increasing tourism and lagging infrastructure to host. It was awesome to be able to travel from place to place on public transportation with the locals at (mostly) local prices, but once I, the tourist, arrived at a popular tourist site, I’d pay up to sometimes 200 more than the local counterpart for admission. Of course it is wonderful that locals should not have to pay ridiculous admission fees to visit places within their own country, but when I’m ushered to the booth that says “Tickets for Foreigners”, am told to pay 2000 rupees to enter Pinnewala Elephant Orphanage when the Sri Lankan at the local booth paid 100, am tricked into paying another 1000 rupees to the staff who just offered to take my photo with the elephants, and then spot the “Foreigners Only” restroom…well, talk about segregation! 2000 rupees, or $15, is not a lot, but it adds up and worst of all, it gives you a feeling that it is unfair to have to give significantly more just for being a foreigner. And that in turn might drive (poorer/backpacking) visitors away in the long run.

On a positive note, there were parts of Sri Lanka that were absolutely stunning (including the elephant orphanage)!

If there’s one thing I loved most about Sri Lanka it would be the train rides, particularly the one along the southwestern coast. Just like in the movies, I rode those trains hanging out the doorletting the salty wind sweep up my bangs. It was a glorious feeling. Even when I got an orange thrown at me from a group of boys hanging by the train tracks.

Unawatuna, a beach town off the southern coast of the island, was the perfect place to end our Sri Lanka adventure. Feven and I stayed in a fancy little hotel called Banana Garden at one end of the U-shaped beach, literally right on the water during high tide. Thanks to monsoon season, we were the only guests and we felt like royalty! It was such a wonderful stay that I left them a good review on Trip Advisor! Waking up and falling asleep to the sound heavy ocean waves felt like a dream that I didn’t want to wake up from. But alas, all good things come to an end. 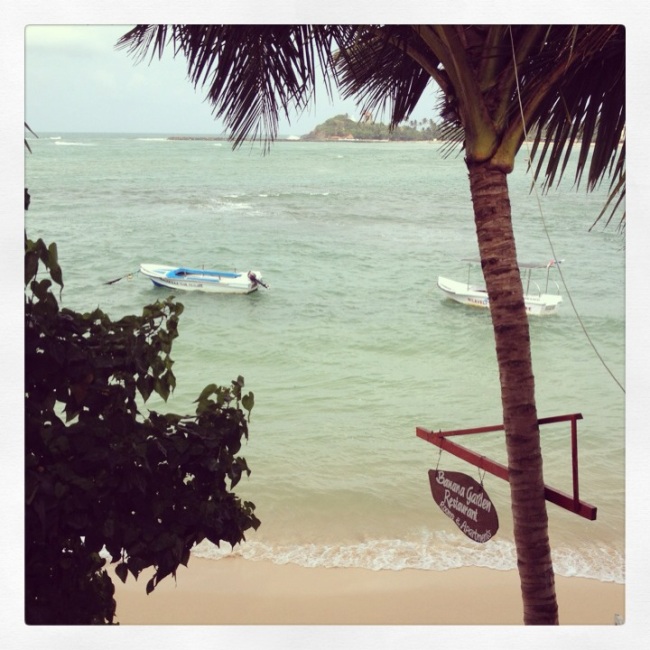 It’s difficult for me to sum up how I feel about Sri Lanka. I guess it’s somewhat of a love-hate relationship (hate the incessant haggling, love the natural beauty) but if I ever have the chance to go back, I would definitely say yes because there is SOOO much more to see. 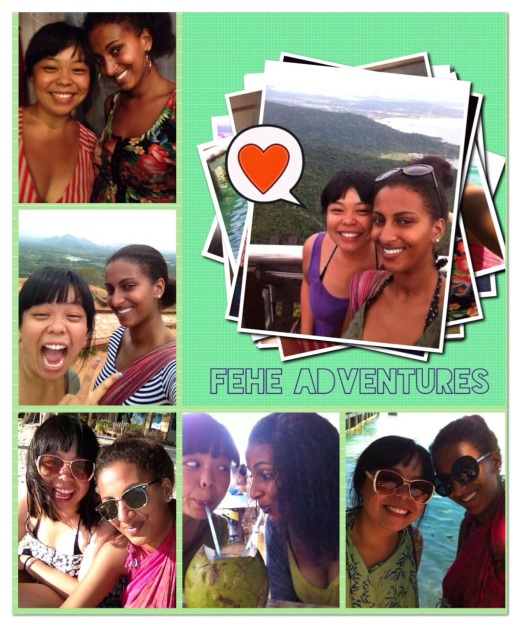